The Roll Bone is Connected to the Pitch Bone: an Excerpt.

The following is an excerpt from my upcoming book Understanding Air France 447. It picks up on a discussion on the fly-by-wire control laws of the A-330.

Here is an example of drawing a connection between the theory of the system design and how it impacted the crew.

To sign up for notification when the book is available, go to tinyurl.com/af447notice. (no spam, I promise!)

When failures no longer make it possible to carry out Normal Law, other reconfiguration laws take effect. The failures could be failures in the physical flight control systems, hydraulics, computers, or the information needed to carry out the laws themselves.
Some of that information comes from the three Air Data Reference units (ADR) which are combined with the three Inertial Reference units (IR) making up the Air Data Inertial Reference System (ADIRS). For Normal Law to operate, requires two of the three air data sources to agree so that there is reasonable assurance that the data is reliable.
The next step below Normal Law is Alternate Law.
Alternate Law has two basic versions, depending on what has failed: Alternate 1 and Alternate 2.
In either case, an ECAM message displays “ALTN LAW (PROT LOST)” (Alternate Law, protections lost), and a second line states that the speed should be limited to 330 kts/.82 Mach (slightly less than the Normal Law limitations). Additionally amber X’s replace the green equal signs that are displayed at the pitch and roll limits when Normal Law is active.

The main difference between the two levels of Alternate Law is in the roll portion of the law. In Alternate 1, the roll command remains rate-of-roll, like Normal Law. Bank angle protection (67°) remains in place, but is lost in case of triple ADR failure or ADR disagree.
In Alternate 2 the roll command is a direct stick-to-control command with no protections or stabilities. A few spoilers are inhibited to keep the potential roll rates from being excessive, and the gains on the flight controls are set according to the flap/slat position.  Alternate 2 is activated with an ADR disagree or dual ADR or IR fault as well as with some other multiple failures of the flight control system.
At low altitude, the two sub modes do not really handle that differently, and pilots often have a hard time telling them apart, though Alternate 2 is more sensitive in roll. At high altitude, the same control deflection can result in higher roll rates due to less aerodynamic damping. In Normal and Alternate 1 laws, since the sidestick commands the rate of roll, that effect is automatically compensated for. However, in Alternate 2 and Direct laws, the sidestick commands the control surfaces, so the controls must be used with care to prevent over controlling. That overcontrolling definitely occurred on AF447, and may have directed the flying pilot’s attention away from the pitch control.
Immediately after the autopilot disconnected, the airplane rolled into an 8° right bank in about 2 seconds due to external forces. First Officer Bonin corrected with up to 1/2 left sidestick input. Within the same two seconds the airplane rolled 14° left to a 6° left bank.
As the airplane rolled through wings level the sidestick was moved about half way to the right. The lateral sidestick displacement and the airplane’s bank angle became exactly out of phase (peak bank angle in one direction with peak control input in the other), and the airplane rolled back to the right. The second and third lateral inputs reached the full stick input to the left and 3/4 to the right.
For 30 seconds he struggled to get the bank angle under control. The bank angle was never excessive, the maximum was only 11°. But the sensitive roll response made it difficult to control, and may have added to a lack of attention in the vertical axis. For halfway through his efforts to control the bank angle, the vertical speed reached 6,900 feet per minute and First Officer Robert called out, “Watch your speed, watch your speed.”
Bonin started to reduce the pitch attitude, “Okay okay, okay I’m going back down,” he said, as he struggled to control both pitch and roll.
Precious airspeed was lost during this time.  It was only after the roll was back under control that First Officer Robert offered the advice, “Above all try to touch the lateral controls as little as possible.” But by then, the stall warning  had started to sound and loss of control was only seconds away.
Posted by Bill Palmer: flybywire at 6/19/2013 2 comments:

Give the gift of Flight

Still looking for that memorable, most excellent Father's Day gift, for Dad (or for yourself?)

How about a glider ride, or glider lesson?

A beautiful ride or aerobatics, hands on or hands off  whatever suits the new pilot.

Pure fun, and pure flying, you (or Dad) are gonna LOVE it!

In Southern California, at Warner Springs gliderport, Sky Sailing is offering a free video upgrade on Father's Day weekend. See their Facebook page for details.
Ask you local glider operator if they have any specials too!

Fun for any age!

Here's how to get started:
http://www.letsgogliding.com/

You might be surprised that there is a soaring location near you.  For USA locations check out this page:
http://www.ssa.org/WhereToFly

If you want to go in the lesson direction, check out the FAST program (Fly A Sailplane Today)
http://www.ssa.org/FAST
You can purchase that on-line and be ready to go in minutes.


The FAST package is a great value at $99. With your purchase you will receive:
Did you know that you only need to be 14 to solo a glider?  What a great gift for the young aviation enthusiast!  It's also an excellent foundation to build all future flying skills.

If you're already a license pilot, you might be surprised how quickly you can add that glider rating (no written test, Yea!) 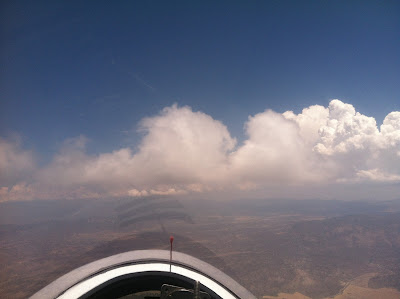 Hope to see you out there! 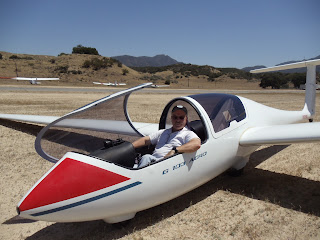