It has been four years. The evening of May 31/Jun 1, 2009  Air France 447, an A330-200, flew into a thunderstorm in the Inter-Tropical Convergence Zone (ITCZ) over the Atlantic Ocean north of Brazil. Its pitot tubes clogged with ice crystals for one minute. 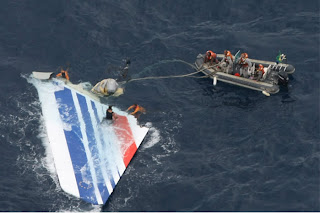 Within that time the two first officers flying the airplane, while the captain was on a rest break, climbed nearly 3,000 feet, drained it of precious airspeed, stalled the airplane and lost control. Three an a half minutes later the A330 impacted the sea with devastating force, destroying the airplane and killing all 228 persons on board.

It would be easy to simply criticize the incompetence of the two first officers, but it is not as simple as that. Is it ever?

The inability of these pilots to instantly and competently deal with the loss of the autopilot, autothrust, and  airspeed indications, with degraded flight controls, combined with flight directors that provided inappropriate guidance, at night, in turbulent weather is a tragedy. It may be but a symptom of the level of back-to-basics flying skills possessed by a generation of pilots brought up following flight directors, whose idea of manually flying the plane is turning the heading knob.

If we fail to train our fellow pilots to manually fly the airplane under the worst conditions then we have failed them and those that trust us all.

There were numerous areas of misunderstanding that this accident brought out that cry for us to do a better job in educating our pilot population.

At least some of these pilots were unaware how to properly operate the weather radar to account for the low radar reflectivity of storms in the ITCZ. When the automation was lost, the pilot flying was unaware of the proper pitch attitude and power setting to maintain cruise flight.  He was unaware that the Alternate flight control law provided no protections, would maintain a dangerously high pitch attitude without further pilot inputs, and provided nearly double the normal  roll response to sidestick input. He did not understand that the synthetic voice announcing "STALL, STALL, STALL" meant that the nose must be pitched down, as it would not happen on its own, or that insufficient power exists at cruise altitude to constitute a stall recovery.
At least one of the two pilots misidentified the stall buffet for a high speed buffet, believing he had "some crazy speed." He even deployed the speed brakes momentarily, unaware that the wing on this airplane made Mach buffet extremely unlikely or perhaps not even possible.

They lost the discipline of accomplishing the abnormal procedure on the ECAM, and identifying who was flying the airplane. The synthetic voice announced "DUAL INPUT" while both pilots were trying to fly the airplane, sometimes with conflicting commands.

But as egregious as all these error seem, and indeed were, we must realize that these pilots were the product of their training and experience, as are we all. Like the loyal family dog who lets in the burglar, one cannot truly be expected to effectively handle a crisis situation, unless trained to do so. 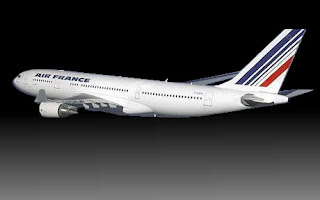 We must therefore endeavor to train our fellow airmen to be able to hand fly that the airplane without the autopilot, to be aware of the normal pitch attitudes and power settings that the flight directors and autothrust allow us to ignore or never learn, to understand the weather we are surrounded by, the aerodynamics that keep us aloft, and the unique characteristics of our aircraft . We must not allow mastery of the Flight Management System to be confused with airmanship.

It is our sacred duty to each other and to every passenger that ever climbs aboard.

We have been warned.

For more information on all of these subjects, look for my upcoming book on the Air France 447 accident and its causes.  Sign up here to receive notice when the book is available for purchase, and selected excerpts.
Posted by Bill Palmer: flybywire at 5/31/2013 2 comments: Links to this post

In today's edition of Trendvector we learn about the supercritical airfoil. Now, this is not super critical, like some a fabled mother in law, in this case the super means fast. 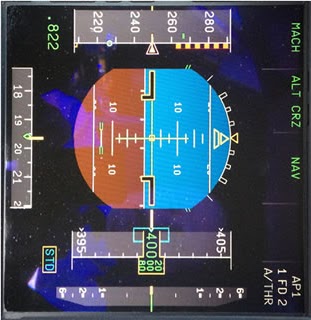 Here we are at flight level 400 (40,000 ft) going Mach .82.  Notice how wide the operating envelope is, even up here.  So much for "coffin corner" - it's more like the entire end of the room!
You can just start to see the little yellow area at the bottom of the airspeed indicator (around 209 kts) that is the mimimum selectable speed for autothrust, stall is farther below that.
The maximum speed (Mach .86) is the barber pole at the top, but that's due more to other aerodynamic load reasons than Mach buffet.


In order to allow for high cruise airspeeds, and avoid the effects of Mach buffet, airplanes of the A330's generation employ a “supercritical” airfoil. These airfoils typically have a larger leading edge radius, a flatter upper surface, and a rather distinctive cusp at the trailing edge.

The supercritical airfoil is not “extra critical”, but one with a high critical Mach number (super, meaning high). It allows efficient cruise speeds at relatively high Mach numbers before incurring a large increase in drag due to shock wave formation.

Check out this A330 wing. Notice the cusp near the underside trailing edge.

Compare it with the 747-400 wing below. Notice the flat bottom, and the sharp leading edge. The 747 is a fast airplane, and without a supercritical wing, it achieves its high mach cruise with a large amount of wing sweep (which, of course, makes it look extra cool).

Modern aircraft with supercritical wing profiles offer numerous advantages, which include:
On some types of airplanes (Airbus A320, for example), because of the aerodynamic characteristics in the approach to stall, the stall warning threshold is often independent of Mach.
On the A330 and other airplanes of its generation, despite the flight school admonition that an airplane always stalls at the same angle of attack, the stall and stall warning angle of attack is greatly influenced by Mach number.

In the case of Air France 447's high altitude stall. Though the stall margin was initially quite tight (only a few degrees), as they lost airspeed, their stall angle-of-attack increased along with their actual angle of attack, preventing them from stalling until they had climbed nearly 3000 feet and lost 90 knots of airspeed. But at least one of the pilots thought that the buffeting they felt was due to high speed, instead of stall buffet.

You can learn more about this and many other aspects of that accident and the A-330 in my upcoming book on the Air France 447 accident.
Sign up on this page, to receive notice when it or excerpts are available. 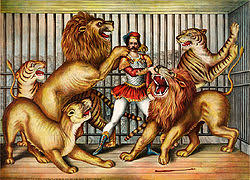 But here you are, surrounded by this potentially hostile environment, traveling at hundreds of miles an hour, thousands of miles from anywhere, your life (and hundreds of others) depending on your knowledge of what to do. Don't you feel that a pilot should know as much about that environment as a lion tamer knows about lions?