Understanding Air France 447 Reader Feedback.
A reader wrote:
I am perplexed and at times aggravated by this statement on page 106 when you say "a system that shuts itself off when it is designed to shut itself off, due to lack of data or failure of another part, does not necessarily constitute a "failure."  Here's why I dispute that statement. 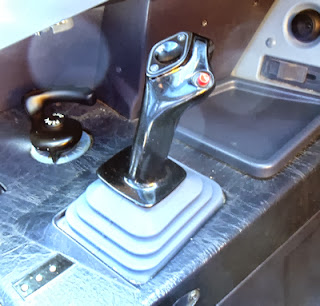 I know from my days as a private pilot that when you are in trouble at altitude (vertigo, flying into a cloud, a stall at altitude, etc) you look immediately at the artificial horizon.  That saved me from a terrible accident when I had vertigo.  And we know that if you use that device to: 1)level the wings 2)put the nose on the horizon and 3) keep cruise power on the engine THEN THE PLANE IS GOING TO FLY SAFELY.  It's practically a law of physics.
So we have this amazingly capable and intelligent flight control system (including autopilot) on the A330 which senses and measures every conceivable detail on the airplane (it probably knows when the toilet is flushed), BUT WHEN IT ENCOUNTERS MULTIPLE SPEED INPUTS IT QUITS LIKE A BIG BABY "OH I DON'T HAVE MY DATA....HERE, YOU FLY THE PLANE". What it should do is go into a high-altitude safe mode where it levels the wings, maintains power, and puts the nose 2 degrees above the horizon and tells the pilots "I'VE LOST SPEED INPUTS, BUT I'VE GOT YOUR BACK AND WILL MAINTAIN STRAIGHT AND LEVEL FLIGHT FOR YOU UNTIL YOU FIGURE OUT THE UNDERLYING PROBLEM."  I'd say that's a design fault/omission!!!!
In addition, I'd say that any plane that allows multiple stick inputs is playing with fire!

Air France 447 Trial in the News

An article published today (October 2, '13)  in the Times of London reported on the testimony of Michael Oakley, the coroner in the case of the crash of Air France 447 on June 1, 2009. 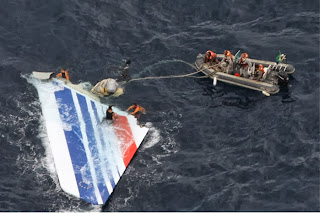 The  inquest was told that the crew had no training on flying the plane manually at high altitude. The coroner stated that "The pilots were not adequately trained to handle the aircraft safely in the particular high altitude emergency situation that night" and "highlighted serious public concern of whether pilots are overly dependent on technology”.

This is a  major point in my book Understanding Air France 447.  Pilots who routinely fly the airplane only with the autopilot and flight director engaged (i.e., never without it), are ill prepared to take control when those systems are suddenly and unexpectedly unavailable. Any skill, from playing the piano, to manually flying heavy transport aircraft requires practice. Those skills degrade in measurable amounts when that practice is not performed. Those whose skills were never well established to begin with, are at even greater risk of failure to perform when that performance is required suddenly and unexpectedly.